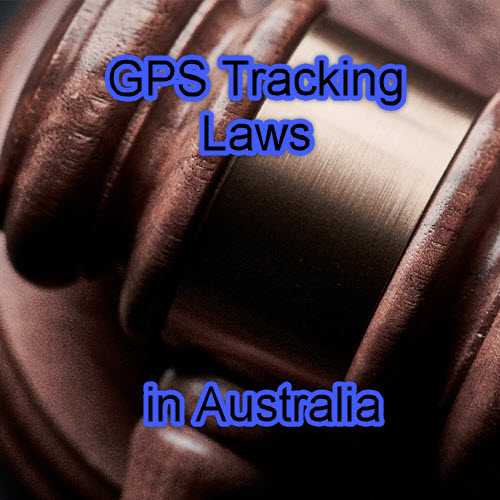 There are no Australian Federal Laws for surveillance and GPS tracker legality.

However, most states have Statutes covering the use and restrictions of tracking devices; only Queensland and Tasmania do not have legislation.

Both New South Wales and Australian Capital Territory have formal statutes and it’s highly likely that the rest of Australia will follow suit, adopting similar measures.

Keeping this in mind for those operating nationally, read below for some advice on how you can comply and references to be able to do your own research.

The NSW Workplace Surveillance act is an example of an official standard you can read to learn more about the subject.

Generally, the use of a GPS vehicle tracking device to track and record employees’ activities intentionally without their consent is a criminal offence.

Consent, express or implied, of all parties involved is a necessity to remain on side with the law.

The underlying theme with all the surveillance statutes that currently exist is to obtain consent from the employees that will be surveilled, prior to using gps tracking devices . This consent by employees can be express or implied.

Obtaining express consent is possible where the employee receives notification about the use of a gps tracking device. The employee will need to accept this in the form of an employee contract or through a new policy.

Implied consent may include passive acceptance. The employee is made aware about the use of a GPS tracking device but may not respond in acceptance. A vehicle that has a label outlining that it is being tracked may be suitable for the requirements of implied consent if the employee then proceeds to use the vehicle.

Victoria, The Surveillance Device Act of 1999

GPS Tracking is legal in in many Australian states, so long as you abide by the rules set by each states acts.

There current acts are for the states of NSW, QLD & VIC.

Vehicle Tracking System – A guide on what to look for.

Car Tracking Device can help save your business??

[…] For instance, the below states have formal statutes for the legality regarding the use of car tracking devices. […]

[…] Whilst there’s no country wide legislation, each individual State and Territory has their own statutes and laws regarding gps tracking and vehicle surveillance. […]