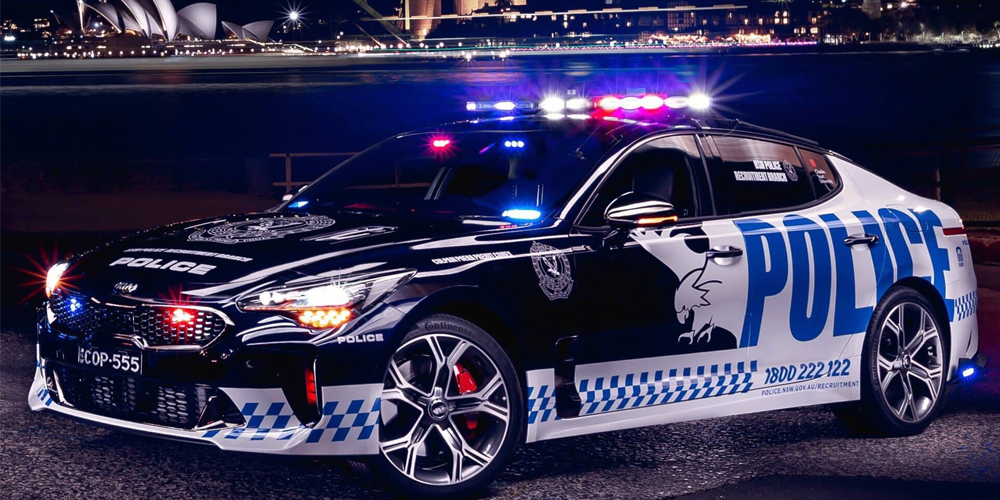 Speeding, drug and drink driving are what’s dominating the headlines, distracting us from some not so common laws which may have been forgotten about.

Despite the fact that the offences are the same across all Australian Territories and States, the demerit points penalties and fines that apply vary.

In the below list, we have covered the offence and respective penalties in the harshest state NSW.

We have only covered NSW as this article would be too long to include information about the rest.

Seatbelt not properly secured to a reclined passenger

The issue here is when a passenger is seating in a reclined front seat, the seat belt is most probably not affixed properly.

The seat belt in this situation would highly likely be affixed above the occupant, which is against the law.

In contrast to this, the seat belt must be fitted to the occupant securely across and against the body.

Passing through a servo to bypass a red light

We’ve all been there, seen it, perhaps even performed this little time saving maneuver once or twice ourselves.

This offence comes under the same category as ‘driving on, or driving or over footpath’, however it is specifically to improve safety of pedestrians at service stations; if you drive across a nature strip in a school zone, you can expecta a fine of $464 and four points.

At risk of stating the obvious, yes you are allowed to drive across and up a service station driveway, providing you plan on refuelling.

It is illegal to cut through a servo with zero intention of stopping for gas, and I suppose there would be no way to abuse this would there be.

Not stopping at orange traffic light.

This offence will get you a nice ‘fail to stop at orange light’ ticket.

A lot of us are very ill-informed about when you should and not should not stop at traffic lights.

Many drivers believe that it is OK to proceed through an amber or orange traffic light, and that we need to stop only at a red light.

This is not true; you must stop at a orange light unless it is not safe to do so.

An orange light is intended to give drivers enough time to stop before it changes to red.

This is a particularly tricky one for police to enforce, and there is usually leniency. However, if you blatantly accelerate in order to make it through a orange when you had ample time to stop safety police will fine you.

In addition to this, if you blast through an orange light in a school zone, you’re now looking at $581 and 4 demeirt points.

Driving at night without head lights

This one speaks for itself. Don’t drive at night without your head lights.

Most cars now have auto sensing headlights which will turn themselves on at night, or through low light & visibility areas such as tunnels and car parks.

For those driving trucks, the fine increases exponentially to $1393 and 4 demerit points.

Throwing bananas and apple cores from the car window

People often believe throwing fruit or other biodegradable material outside from the window is OK.

Not only is it littering, it encourages wildlife to come closer to the edge of the road, endangering themselves and other motorists that may not see them, causing an accident.

Many people believe throwing fruit or other food scraps out the car window is not deemed littering, mistakenly believing because it is biodegradable it’s OK.

Discarding the butt of a cigarette or even a lit cigarette is a bonus, coming in at $680. This is due to the fact that is a fire hazard also.

Although there is no Australian federal legislation regarding the use of monitoring your employees and company vehicles, gps tracking their location is legal, with caveats.

Whilst there’s no country wide legislation, each individual State and Territory has their own statutes and laws regarding gps tracking and vehicle surveillance.

It is the responsibility of the employer and owner of the vehicle to look up these caveats and abide by them.

For example, in NSW the use of a GPS tracking device installed into a company vehicle is permitted as long as it doesn’t conflict with workplace surveillance laws or an individuals privacy.

Most of us enjoy the odd beep of the cars horn and a wave goodbye to friends and family, particularly if we aren’t going to be seeing them again anytime soon.

This in itself is two offences;

Unnecessary use of warning device or horn. In NSW it’s a $349 ticket and zero demerit points.

If you were to look at the police issued ticket for this one, it may almost be worth it for the chuckle; it’s called ‘part of body outside of vehicle’ or ‘limb protrude’; the latter being the most humorous.

Within NSW this fine is worth $349, with no points for passengers and 3 points for the driver.

Leaving a vehicle unattended with the engine idling is an offence.

Your vehicle is considered unattended if you are more than a few meters away from it, whilst the engine is running.

This fine is designed to prevent an ‘opportunistic theft’, which is a theft that would not happen if the vehicle was properly secured.

Further to this, there’s a $116 fine for failing to lock your vehicles door or lock the windows of a car whilst it’s parked and unattended.

Flashing lights to warn other motorists about police presence

It can be tempting to warn oncoming motorists of police presence, such as an RBT, drug bus or speed trap.

This Good Samaritan act is called ‘use high beam toward oncoming vehicle’ and is worth $116 and one demerit point.

There’s also a fine for having your fog lights switched on in NSW when there is no fog around.

This fine is most likely directed at users of the boat ramp who fail to engage the handbrake when unloading or loading a boat to and from a trailer.

There you have it, the top 10 sneakiest road rules, plus the fines and demerit points that go with it.

It’s not all about drink driving, drugs and speeding. A lot of these road rules are broken on a daily basis, without the offender even realizing they’ve broken a law.

People outside of NSW, we encourage you to do your own research.

8 Ways GPS Trackers Can Save You Money