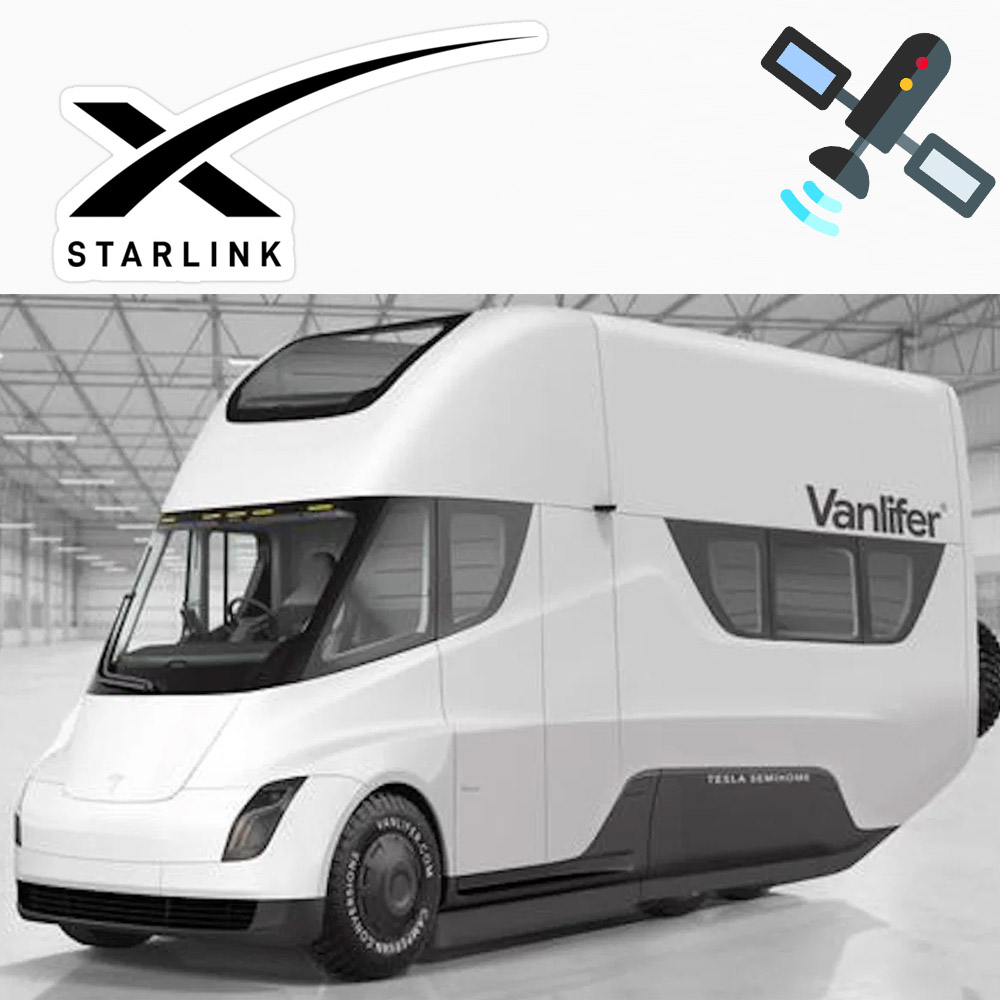 SpaceX is seeking regulatory approval to connect its rapidly expanding network of internet-bearing Starlink satellites to automobiles, vehicles, ships, and planes. The filing, filed with the Federal Communications Commission last Friday, is SpaceX’s most significant move yet toward linking Starlink to the automotive industry, a potentially lucrative line of business that would extend the company’s current stationary offerings beyond rural homes.

The filing with the FCC on March 5th requested “a blanket licence authorising operation” of Starlink terminals on “Earth Stations in Motion,” which includes cars, trucks, maritime vessels, and aircraft. “Users are no longer able to forego communication when on the move, whether driving a truck across the world, transporting freight from Europe to a U.S. port, or flying domestically or internationally,” according to the filing.

Passengers in smaller cars can have to wait. In response to an article about the FCC filing, SpaceX CEO Elon Musk tweeted on Monday, “Not connecting Tesla cars to Starlink, as our terminal is far too big.” “This is for planes, ships, big trucks, and RVs.”

SpaceX’s Starlink, which has over 1,000 satellites in orbit, has at least 10,000 users thanks to an invite-only beta programme that began last year. The beta programme is currently targeted at remote areas in the United States with little to no internet access. For speeds of 70 to 130 Mbps, a Starlink package with an antenna and router costs $499 plus $99 per month. SpaceX began accepting refundable $99 Starlink preorders for “a small number of users per coverage area” last month, which currently covers sections of the United States, Canada, and the United Kingdom.

SpaceX’s request to connect Starlink to vehicles didn’t specify any new antenna designs, but it did say they “are electrically identical to its previously approved consumer user terminals but have mountings that enable them to be mounted on vehicles, boats, and aircraft.” Another SpaceX filing stated that the mobile antennas would work on the “masts of ships or the tops of semi-trucks” — or, in user cases, on “passenger cars or pleasure boats.” The vehicle antennas, unlike Starlink’s current terminals, which come with mounts and must be mounted by the customer, will be set up by “trained installers.”

SpaceX has previously requested an experimental FCC permit to run Starlink terminals on Gulfstream jets, so putting one on a moving vehicle isn’t shocking. Though Musk dismissed the possibility of Teslas being equipped with Starlink terminals today, he did say in a January 2020 earnings call that “it’s definitely something that might happen in coming years.”

With the latest filing, SpaceX seems to be focusing more on mobile access, implying that their service will be targeted at “drivers, ship owners, and air travellers in the United States and abroad.” According to SpaceX, providing Starlink internet to those customers would “allow operators and passengers access to resources that enable increased productivity.” It was also stated in the filing that it would “enhance the security of mobile platforms,” but no further details were given.