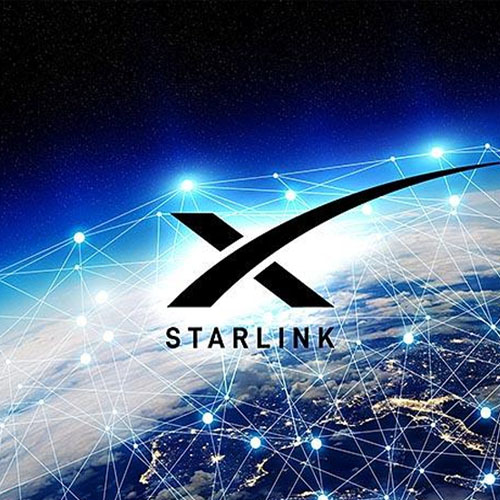 SpaceX is heavily committed to the idea of delivering high speed internet to people from all over the world.

Their Starlink project is still in Beta right now, but the company already launched more than 700 satellites, and the speeds are constantly increasing with the launch of new satellites.

While the main goal is still ways off, SpaceX is getting closer and closer to that with every launch. However, it seems that Starlink will serve more than its initial purpose to spread internet services worldwide.

What other purpose can the Starlink system serve?

The mega-constellation created by SpaceX might actually have another purpose, aside from spreading internet services.
It can also become a very accurate, affordable GPS alternative.

The potential is great, and it can definitely work. With the right approach and solutions, the GPS alternative can also be unjammable.

With this new method, the SpaceX satellites would go in the lower orbit of our planet and provide navigation services.
These would work almost everywhere in the world, with complete accuracy and stellar efficiency.

This research, funded by the US Army, shows the huge potential that these satellites can have in the world of navigation. While we aren’t there yet, the truth is that once more and more satellites are launched into the orbit, the system has great potential for being the next GPS service you would use.

According to Peter Iannuci and Todd Humphreys from the university of Texas at Austin, they already created a system that can be used on the satellites in order to deliver GPS location info 10 times better than GPS.
The system itself is less prone to any interference, which is great because you can have more accurate information without any issues.

Dealing with the weaker signals

Our current Global Positioning System has a constellation of 30 satellites that are roughly 20000 km above our planet.
The way the system works is every satellite sends a signal to the planet with its time and positioning.
Then the receivers will know how much time it takes for the signal to get back, and then they can calculate the position.
It’s a very accurate system, since it can easily identify the position within a matter of a few meters.

However, there are downsides. The main issue right now is that the GPS signals aren’t really that strong.
They are very weak, and when they reach those receivers on the ground, they can be hard to understand.
Sometimes they can be overwhelmed by interferences. As an example, a variety of GPS attacks took place in China recently that managed to spoof some ships and misguide people.
On top of that, GPS signals are jammed from time to time especially in the eastern side of the Mediterranean.

There’s no denying that the US Army and armies in general need accurate information, so they do rely on GPS quite a lot.
Which is why the US Army was the one to check whether SpaceX and their satellites can provide better GPS solutions.
The Army is constantly trying to find new methods that would provide great results and even better efficiency.
They were talking with Coherent Navigation to try and use signals from the Iridium satellites. The concept brought by SpaceX is even more appealing for the Army and also quite refreshing from a strategic standpoint.

The idea of relying on LEO satellites for acquiring navigation data is not a new one.
Ever since the 60s when the first spacecraft was launched, we had Transit satellites that provided location information.
Having a constellation like this helps a lot, because the signals are much stronger, especially when these satellites go into the lower orbit of the planet.
Of course, the downside is that every satellite can only serve the area under it. Which is why you would need hundreds or thousands of satellites. And that’s what SpaceX will have eventually with Starlink.

Bringing in more upgrades to the system

There are some companies like Xona Space Systems that want to send around 300 Pulsar satellites in space during the next 6 years.

However, the two inventors mentioned earlier want to create a software upgrade that would focus on SpaceX’s satellites to boost the communication they have and ensure that they can offer navigation and positioning services. The system they created can also offer better accuracy than the GPS technology it was created upon.

Since SpaceX has a large network of satellites already, the potential we can acquire from this is huge.

The satellites are already offering very fast internet speeds, which is something to keep in mind.
GPS satellites have a very low speed, so making a few software changes in order to get faster GPS speeds can indeed make a huge difference.
Plus, having more opportunities to send data from the satellites can deliver more accurate information.

There are a multitude of companies in the race to create a newer, better satellite based GPS system.

Right now SpaceX is the frontrunner because it already has a lot of satellites already in orbit, and they are launching more and more all the time. That makes it easier to create a massive network that will boost the GPS signal and provide even more accurate information.

The potential to have such a system in place is amazing, and only time can tell whether it will come to fruition or not.

What really matters is that technology continues to expand, and having more accurate GPS solutions will actually help all of us.
Hopefully SpaceX will manage to deliver this type of solution aside from the excellent internet speeds.

Having extremely accurate GPS all over the world can bring in front amazing potential, and the results are very interesting right now. We do hope that the tech will evolve to the point where it will become very functional.

We don’t know when we will see this tech active, but hopefully that happens in the next few years.