TTFF is the time in which it takes to obtain a satellite signal, navigation information and calculate a current co-ordinate.

Time To First Fix (TTFF) is an important factor in the usability of GPS trackers.

Faster TTFF = more accurate results, as your GPS tracker can get a lock much quicker on overhead satellites to work out where it is.

The Time To First Fix is categorized in 3 ways.

Depending on your gps device use, you will find that your GPS tracker will almost always be in a cold state.

When a gps device is in a cold state, it needs to start from scratch. The device is missing, or has incorrect data pertaining to its position, speed, the time, or line of sight of any of the GPS satellites.

Therefore, the device will scan for any satellite possible.

Once a device has finished securing a satellite sign, it can start to acquire rough data on the various satellites. This satellite data is known as the almanac.

This almanac data is transmitted continuously over the period of 12.5 minutes.

Almanac information can be gotten from any of the GPS satellites and is viewed as legitimate for as long as 180 days.

When a gps device is in a warm state, it has estimates of time within twenty seconds, location points within 50 miles and a speed of 25m/s.

It does however have valid almanac data.

Each satellite communicates its ephemeris information at regular intervals, and is legitimate for as long as four hours.

The TTFF hot state is where a the gps device has valid information for;

Having this information ready to go allows for quick acquisition of a satellite signal.

Time To Subsequent Fix (TTSF) is what the phase is called where a gps device will be looking for its next position fix.

GPS enabled devices can use upwards of twelve stations which will allow for quicker lock to a satellite.

aGPS allows mobiles to obtain almanac and location data from data towers, which each obtain their own GPS points from the orbiting satellites overhead and cache them for later use.

Unlike their mobile phone counterparts, many GPS trackers are not aGPS, which means they can suffer from cold start times anywhere from 10-90 seconds depending on many variables throughout the day. 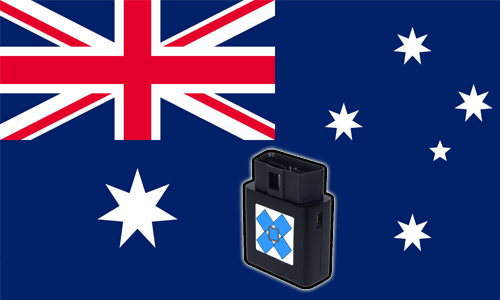 Companies, business owners and individuals have been using vehicle tracking systems in Australia for many years, it’s not a new technology, but it has improved